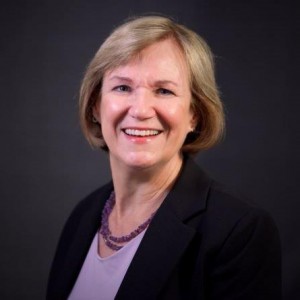 Elizabeth V. McDuffie is Executive Director and the principal executive officer of the Authority.  She is also Secretary of the Board.  Immediately prior to becoming Executive Director in December 2014, she was the Director for Grants, Training and Outreach of the Authority for 17 years and an assistant secretary to the Board.  She holds an M.B.A. degree from Meredith College, 2000; B.S. degree from the University of North Carolina at Chapel Hill, 1980, and an A.A. degree from St. Mary’s College, 1978.

Prior to joining the Authority in January of 1998, she worked for fifteen years in the admissions and financial aid professions at Saint Mary’s School (formerly Saint Mary’s College), North Carolina State University, Louisburg College and Meredith College.  Immediately prior to her employment with the Authority, she worked for two years with the office of continuing education at Meredith College.  Her professional activities include serving on the executive boards of the North Carolina Association of Student Financial Aid Administrators, the Southern Association of Student Financial Aid Administrators and the National Association of State Student Grant and Assistance Programs.  She recently announced plans to retire in early 2021.