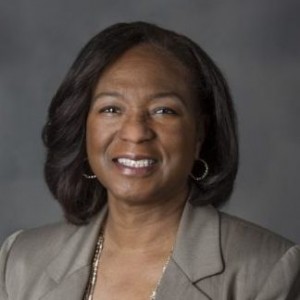 Appointed on June 8, 2021 as a Chief Financial Officer from a college or university that is a member of North Carolina Independent Colleges and Universities, Inc., (NCICU), who is appointed upon the recommendation of the President of NCICU.

Janet Williams joined Elon in 2021 as Vice President for Finance and Administration with 30+ years of professional experience. Her responsibilities include oversight for finance and administration operations, including controller functions, auditing, budget, cash and investment management; human resources; food services; auxiliary services and enterprises; information technology; campus police and security; planning/construction; and facilities management. Williams serves as staff to the Financial Affairs, Investment, and Audit committees of Elon’s Board of Trustees. She also serves as treasurer of their Board.

Prior to Elon, Williams led Wake Forest’s financial services unit. She was a member of the university’s steering committee for the implementation of Workday and served on the budget committee. She was involved with students, co-leading the Community-Based Global Learning Program in Ecuador, which created local partnerships and provided learning opportunities for first-generation students. Prior to joining Wake Forest, Williams served at Ithaca College, Ithaca, New York, where she was interim vice president for finance and administration and served as the college’s controller. Williams began her work in higher education by serving four years at Cornell University Ithaca, New York, where she was an administrative director in the College of Engineering and College of Agriculture and Life Science.

Prior to her work in higher education, Williams served in business and industry in New York and Texas. She held several senior-level positions during seven years of work with Lockheed Martin Corporation, Owego, New York and successfully led the implementation of SAP. She spent six years as a business controller for Corning, Inc., Corning, New York. Williams also spent 14 years with Kraft Foods, Inc., based in Garland, Texas and Campbell, New York, serving as plant controller. She began her career as a staff auditor with the Ernst and Young CPA firm in Dallas.