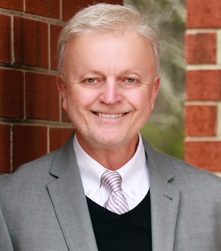 Tim Montgomery has been the Head of School at The Piedmont School & John Yowell Academy in High Point, NC since January 2013. Prior to his time at The Piedmont School, Montgomery served in the Assistant Head of School and Director of Enrollment positions at another independent school in Greensboro, NC. Montgomery is a graduate of Appalachian State University and holds a master’s degree in school administration from Gardner-Webb University. Montgomery has served as the past president of the Triad Association of Nonpublic Schools and served on its board for four years. In November of 2014, Montgomery was appointed to serve on the North Carolina Council for Educational Services for Exceptional Children as the state’s sole independent school representative, serving as a member until 2018. In 2018, he served as a panelist at the American Federation of Children’s annual conference in Washington, D.C., discussing the effectiveness of the K-12 state grant programs for students with learning differences in North Carolina. Tim and his wife Cindy reside in Kernersville, NC.