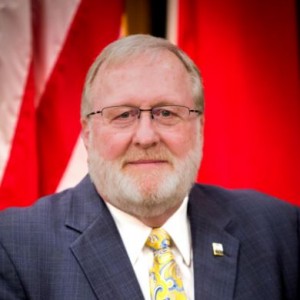 Appointed on October 28, 2010, currently serving as a member of the public at large with an interest in higher education.

James O. Roberts retired as the Finance Director for the City of Dunn (NC) in 2022. Over the course of an extensive career, Mr. Roberts’ conscientious leadership and strong business acumen enhanced numerous organizations. Prior to joining the City of Dunn, Mr. Roberts served fourteen years as Vice President for Business and Treasurer at Campbell University (Buies Creek, NC) where he dedicated more than twenty years to the institution.

As a longtime advocate for higher education, Mr. Roberts rooted his own academic preparation within North Carolina. He graduated with Honors from NC State University and earned a Master’s in Public Affairs at Western Carolina.

Today, North Carolina continues to reap the rewards of Mr. Roberts’ invaluable stewardship through his appointment to SEAA’s Board of Directors. Since his initial appointment in 2010, he has been reaffirmed by three governors and consistently entrusted with the charge of Chairman since 2017. As the Authority’s Board Chair, Mr. Roberts also serves certain other State Commissions ex-officio.